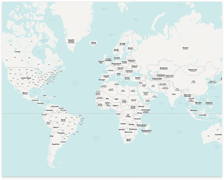 A Peace Summit for the Civil Society

For the first time some 30 peacemakers from around the world will gather in Berlin to discuss the role of civil society in the next year. Common to them is that they come from conflict regions, belong to the most outstanding personalities in their field and have proven to work successfully with their organizations on the peace process in their country. The objective of the “Global Peacebuilder Summit” is to strengthen these key actors in their commitment, to make their work better known to the broad public, and to facilitate the networking between them.

The Global Peace Builder Summit is organized by the Culture Counts Foundation in cooperation with the Federal Foreign Office, which also funds the summit. Other partners are Helga Breuninger Stiftung, Berghof Foundation, Ashoka and the network “der kongress tanzt”.

The situation in crisis and post-conflict regions often changes quickly and dramatically. Therefore it is important to regularly seek the expertise of those who work in peace processes on site. Hot topics of the summit will be: How can civil society work more effectively? What are limits of civic engagement? What form of intervention and support desire peacemakers from the international community? How can a state like Germany get involved without weakening the own strengths of a society?

These topics do not leave us indifferent. From successful peacemakers we can learn how to resolve conflicts in our own society, as they show up for example with the refugee issue. The wave of asylum seekers and migrants is in a drastic way, how much affect us the consequences of violence and war.
Typical participants of the summit are those peacemakers who portrayed the project Peace Counts for twelve years. Here are some examples:

The Global Peace Builder Summit sees itself as a learning organization that collects evidence on effective engagement of civil society and is dedicated to develop it further at summits at regular intervals. The first will take place in September 2016 partly near Potsdam, partly in Berlin. For questions please contact the coordinator Michael Gleich: michael.gleich@culture-counts.de.